James Loeffler is Jay Berkowitz Professor of Jewish History at the University of Virginia, where he also serves as the Ida and Nathan Kolodiz Director of the Jewish Studies Program.

A graduate of Harvard and Columbia Universities, he pursued postgraduate studies in Israel at the Pardes Institute and the Hebrew University of Jerusalem. He went on to serve as Sound Archivist at the YIVO Institute for Jewish Research. His scholarly work has been supported by fellowships from the Dorot Foundation, the Wexner Foundation, the Fulbright Fellowship, the American Council of Learned Societies, and the Mellon Foundation. He has served as Dean’s Visiting Scholar at Georgetown University Law Center, Kluge Fellow at the Library of Congress, and Robert A. Savitt Fellow at the United States Holocaust Memorial Museum. He was recently elected a permanent Fellow of the American Academy for Jewish Research and co-edits the Association for Jewish Studies Review. He is currently a Kogod Senior Research Fellow at the Shalom Hartman Institute of North America.

His other books include The Most Musical Nation: Jews and Culture in the Late Russian Empire (Yale, 2010), which won eight major awards and honors, including from the Association for Jewish Studies, the Sami Rohr Prize, and the ASCAP foundation and a co-edited volume, The Law of Strangers: Jewish Lawyers and International Law in the Twentieth Century (Cambridge, 2019). His other writings include essays on East European Jewish history, the antisemitism of Richard Wagner and Frederic Chopin, the tangled roots of Israeli music, and international law. His writings have appeared in the New York Times, the Washington Post, the Wall Street Journal, Tablet, Mosaic, Haaretz, The New Republic, the Hedgehog Review, Time Magazine, and Slate.​

He is currently at work on a book about antisemitism and civil rights in postwar America. Other longer-term writing projects include a planned biography of the remarkable life and many afterlives of Raphael Lemkin, the father of the Genocide Convention, and a study of the life and music of Avraham Zvi Idelsohn, the father of modern Jewish (and Israeli) music.

A trained pianist and musicologist, he has consulted to National Public Radio, the Center for Jewish History, Carnegie Hall, and numerous other cultural institutions. For ten years he served as scholar-in-residence for the Pro Musica Hebraica concert series at the Kennedy Center. Before that he directed the Former Soviet Jewish Community Cultural Initiative at the Center for Traditional Music and Dance in New York City and worked at the YIVO Institute for Jewish Research and the Jewish Music Research Center at the Hebrew University of Jerusalem. He also contributed the liner notes to the Grammy-nominated album The Zemiros Project (Traditional Crossroads, 2000).​ He is currently the co-director with Professor Edwin Seroussi of The Idelsohn Project.

At the University of Virginia, he teaches courses in Jewish history, European history, and international history. In 2009 he was awarded the college’s Mead Distinguished Faculty Award for outstanding undergraduate teaching, and he formerly chaired the University’s Page-Barbour and James A. Richard Lectures. For the years 2019 to 2022, he is a Lab Partner of the Race, Religion, and Democracy Lab.

He lives in Washington, DC with his wife and children. 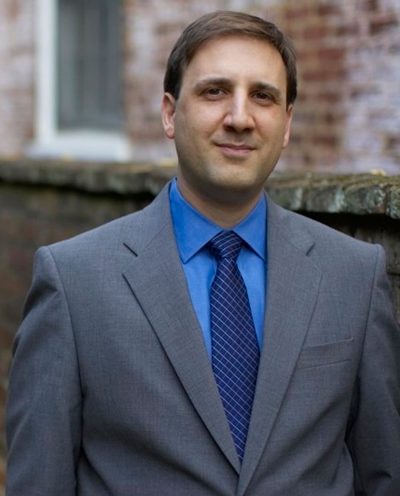