No image of Jewish life in Eastern Europe is more iconic than the fiddler on the roof. But in the half century before 1917, Jewish musicians were actually descending from their shtetl roofs and streaming in dazzling numbers to Imperial Russia’s new classical conservatories. At a time of both rising antisemitism and burgeoning Jewish nationalism, how and why did Russian music become the gateway to modern Jewish identity? Drawing on previously unavailable archives, this book offers an insightful new perspective on the emergence of modern Jewish culture and the origins of twentieth-century classical music.

“James Loeffler’s new book is both fascinating and pathbreaking. This important and original contribution to scholarship must be read by students of music, Russian culture, and Jewish history.”​
Leon Botstein, President of Bard College, and Music Director and Conductor of the American Symphony Orchestra and the Jerusalem Symphony Orchestra

“The Jews’ remarkable place in the modern history of music – classical, popular and folk – is well known, but rarely subjected to serious analysis. Loeffler’s sophisticated and deeply researched book casts new light both on the Jewish contribution to music in general and to the emergence of specifically ‘Jewish music’ in the Russian Empire, home to the largest and most vital Jewish community in the world.”Ezra Mendelsohn, Professor of History, The Hebrew University of Jerusalem 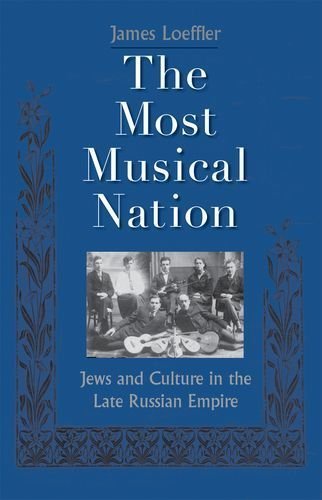