Where do our ideas of global justice come from? Every new law ultimately begins as an individual act of imagining change in the world. To understand that process, we need to recover the specific cultural contexts and concrete moral dramas that fuel the legal imagination. In this project, I seek to recover and explore the unknown literary writings of international lawyer Raphael Lemkin (1900-1959). This effort began with the poem, “Genocide,” translated and published together with Professor Leora Bilsky of the Tel Aviv University. We intend for the Lemkin Project to eventually include a curated multilingual website of rare and unpublished poems, literary translations, and other literary texts composed by Lemkin in Hebrew, Yiddish, Polish, and English.

The Polish-Jewish lawyer Raphael Lemkin is well-known for his legal work and activism that led to the United Nations Genocide Convention. Yet Lemkin was more than a lawyer; he was also a writer and a poet. This previously unknown Hebrew poem was published in the Israeli newspaper Al ha-mishmar on May 31, 1957. As discussed in our article in The Atlantic, we present it here for the first time in our own translation.

The editorial note in the newspaper reads:

This poem was written by Professor Raphael Lemkin, father of the Genocide Convention. He coined the term “genocide” (murder of peoples) and helped in the prosecution of the Nazis at Nuremberg. Professor Lemkin, who was one of the most respected international journalists in Poland, has dedicated his entire life to the convention against the murder of peoples, and convinced many countries to ratify it. Presently he is engaged in research at the Institute for Advanced Studies in Princeton. His hobby in Poland was to translate Latin epigrams into Hebrew. He wrote the following poem out of fear that the world had begun to forget the great crime against the Jews.

The original Hebrew text is reproduced here (left) courtesy of the Historical Jewish Press project of the Tel Aviv University and the National Library of Israel with a link to a side-by-side Hebrew/English version for readers interested in line-by-line reading.

They came to kill you,

And not out of mere bloodlust –

To rule over all other nations.

Your only sin — your very name;

They will blot out your seed

Squeezed into the cattle-car,

On your forehead the mark

From the policeman’s boot.

Your eyes full of anguish;

Never again will you see your families,

Sold into slavery, torture and pillage.

All the labor you once exerted

Toiling to provide for wife and child,

To fill your souls with pride,

To brace yourselves in struggle—

Now will be reduced

To final gasps and death’s touch.

The smoke of your burnt corpses

Will rise higher and higher

While the dog and the pig

gnaw at your ancestors’ bones.

In the empty house

Alone from the empty cradle

Waiting in vain for the voice to accompany—

The book you authored,

Will be consumed in flames.

In the school, where you once taught,

Your gifted student will be punished,

For praising your name.

Your orphans will never laugh again.

The postman, his hands empty,

Will visit your relatives,

With a tear on his cheek.

A city of God this was,

And now— it lies deserted, pitying itself. 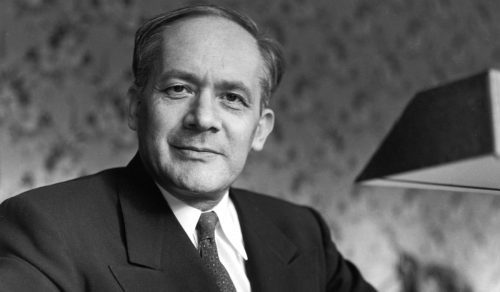 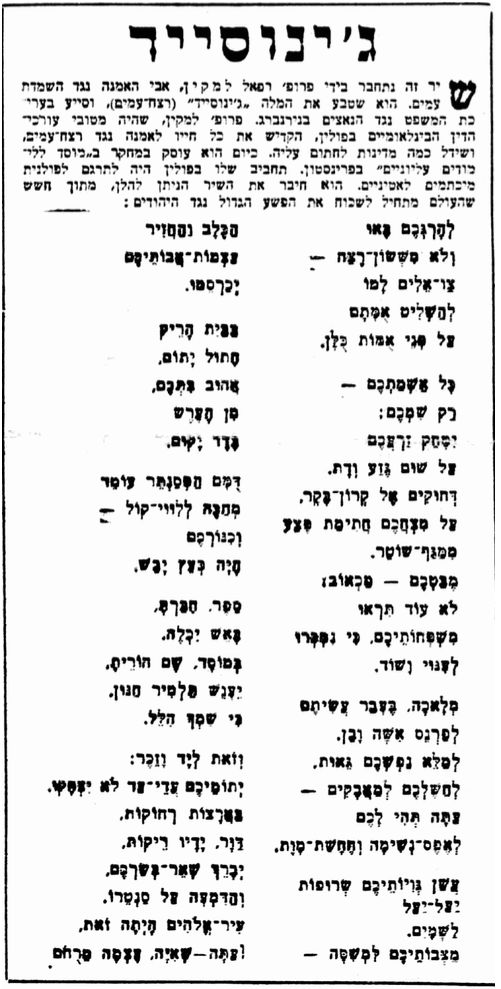 Please click the image to expand or read the poem and translation side-by-side as a PDF.